You are at:Home»Crypto Channel»Five ETFs Hold MicroStrategy and All Its Shiny New Bitcoin 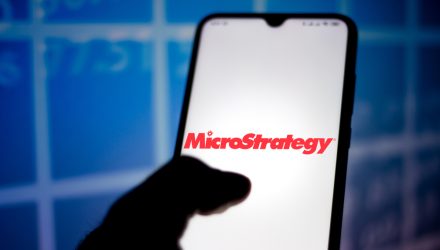 Five ETFs Hold MicroStrategy and All Its Shiny New Bitcoin

The company announced on Monday that it had completed the sale of $500 million in bonds, with the goal of using the estimated $488 million in proceeds to buy Bitcoin. That same day, the firm announced plans to sell up to $1 billion in stock in order to acquire even more.

Prior to this week, MicroStrategy held 92,079 Bitcoins, equivalent to over $3.56 billion dollars, at time of writing. The Bitcoin is being held by MacroStrategy LLC, a newly formed subsidiary.

Bitcoin acquisition has become something of a second mandate for MicroStrategy, after its primary company interest in software development.

Accessing Bitcoin Via MicroStrategy – And ETFs

While a Bitcoin ETF is still in the works, investors can still access crypto assets indirectly via holding ETFs that hold MicroStrategy.

The stock appears in the portfolios of a diverse range of ETFs.

Below are the top five ETFs with the highest portfolio exposure to the stock:

BITQ tracks the Bitwise Crypto Innovators 30 Index and focuses primarily on pure play crypto companies providing a “picks and shovels” approach to crypto investing. It has 31 total holdings with MicroStrategy as its largest with 11.21% of its total assets.

Meanwhile, DAPP tracks the MVIS Global Digital Assets Equity Index, which is composed of diversified all-cap companies that derive at least half of their revenue from digital assets. The fund has 27 total holdings, of which MicroStrategy has a 4.87% holding. DAPP has an expense ratio of 0.65%.

MicroStrategy also appears in the market’s largest blockchain ETF. The Amplify Transformational Data Sharing ETF (BLOK) invests at least 80% of its assets in companies involved in the development and utilization of blockchain technology. BLOK is actively managed and has 47 holdings, with MicroStrategy being its largest, holding 5.73% of its total assets.

Meanwhile, XSMO tracks the S&P Smallcap 600 Momentum Index, which holds the 120 securities with the highest momentum scores within the S&P SmallCap 600Ⓡ Index. XSMO has an expense ratio of 0.39%.