You are at:Home»Entrepreneur ETF Channel»Eva Ados: Avoid Bitcoin and Go for Tech Stocks 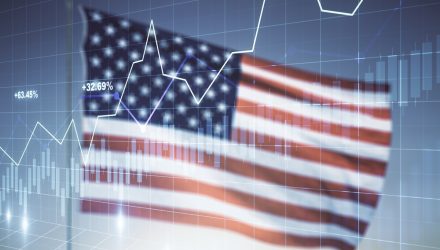 Bitcoin is increasingly compared to precious metals, but the cryptocurrency is more akin to “digital art” than digital gold, said ERShares COO Eva Ados in a recent appearance on The Watch List.

That’s because of the extreme volatility that Bitcoin and other cryptocurrencies exhibit.

“It’s not digital gold,” Ados said, “We saw great volatility last week and prior to this, with drops up to 30% in a single day. A store of value … cannot have a volatility like this.”

Beyond their lack of price stability, cryptocurrencies like Bitcoin also do not carry their own intrinsic value. Ados explained that Bitcoin’s “value is based on perception; it’s based on what people will pay for it.” Therefore, it’s subject to more volatility and potential corruption of that value.

Ados said that Bitcoin can be compared to “watered stocks,” or shares that are sold at prices higher than their actual value. A lack of a limit to the supply on some of the cryptocurrencies also leaves the door open for exponential inflation, though even limited supply cryptocurrencies are not immune.

Ados also made clear that the popular cryptocurrency business Coinbase was not a stock ERShares would be investing in anytime soon.

“We would definitely not get into Coinbase…Coinbase charges very high fees, and that’s opposite to the philosophy of blockchain where it’s a decentralized system.” She went on to say that centralized entities like Coinbase negate the purpose of blockchains.

“We believe Square is a much better pick,” she added.

Eva Ados reiterated her belief that the tech sector will rebound, despite drops in the last months. Her argument is that even in the midst of the recent low points, the tech companies have continued their growth trends.

“In some pockets of tech, we have seen drops of up to 50% from the Feb. highs, and their growth has not been affected… Some can argue that their growth can be even higher this year with all the cyclicals fueling money into tech,” Ados said.

She added that tech stocks aren’t necessarily adversely affected by inflation; nor should they be judged according to whether or not inflation is on the rise.

“We don’t agree with the statement that inflation affects technology in a negative way. We think that the way you value growth stocks should be based on the growth itself, and that’s the real unknown and the most significant factor rather than discount rate, which is already very high,” Ados stated.

Tech companies have a lot of forgiveness for price increases built into their high margins, according to Ados.

In sum, Ados believes that investing in tech is a prudent idea at present. “We think [tech]will come back. We are betting on this. We think technology is priced very attractively now.”