With the Biden administration’s intention to convert the U.S. electric grid to carbon-free energy sources by 2035, companies are looking to begin trying to reshore the manufacturing that is currently dominated by China, according to the Wall Street Journal.

The History of China’s Solar Capitalization

In the early 2000s, China began to ramp up manufacturing, backed by the government, which created an oversupply. This led to the country exporting solar panels at cheaper prices than other manufacturers could compete with.

With China’s central government stepping in to regulate with subsidies and state financing, by 2011 China held a majority of the global solar panel market, comprising 60% of global sales.

The U.S. responded with strong tariffs that have allowed the domestic solar market to begin to grow, yet China continues to dominate the industry today.

China is currently the world leader in total renewable energy capacity, with 31% of the world’s capacity. By 2030, China aims to have 35% of its energy consumption be produced by renewable sources, an amount equivalent to the entire current U.S. electricity system.

That could be good news for the KraneShares MSCI China Clean Technology Index ETF (KGRN). 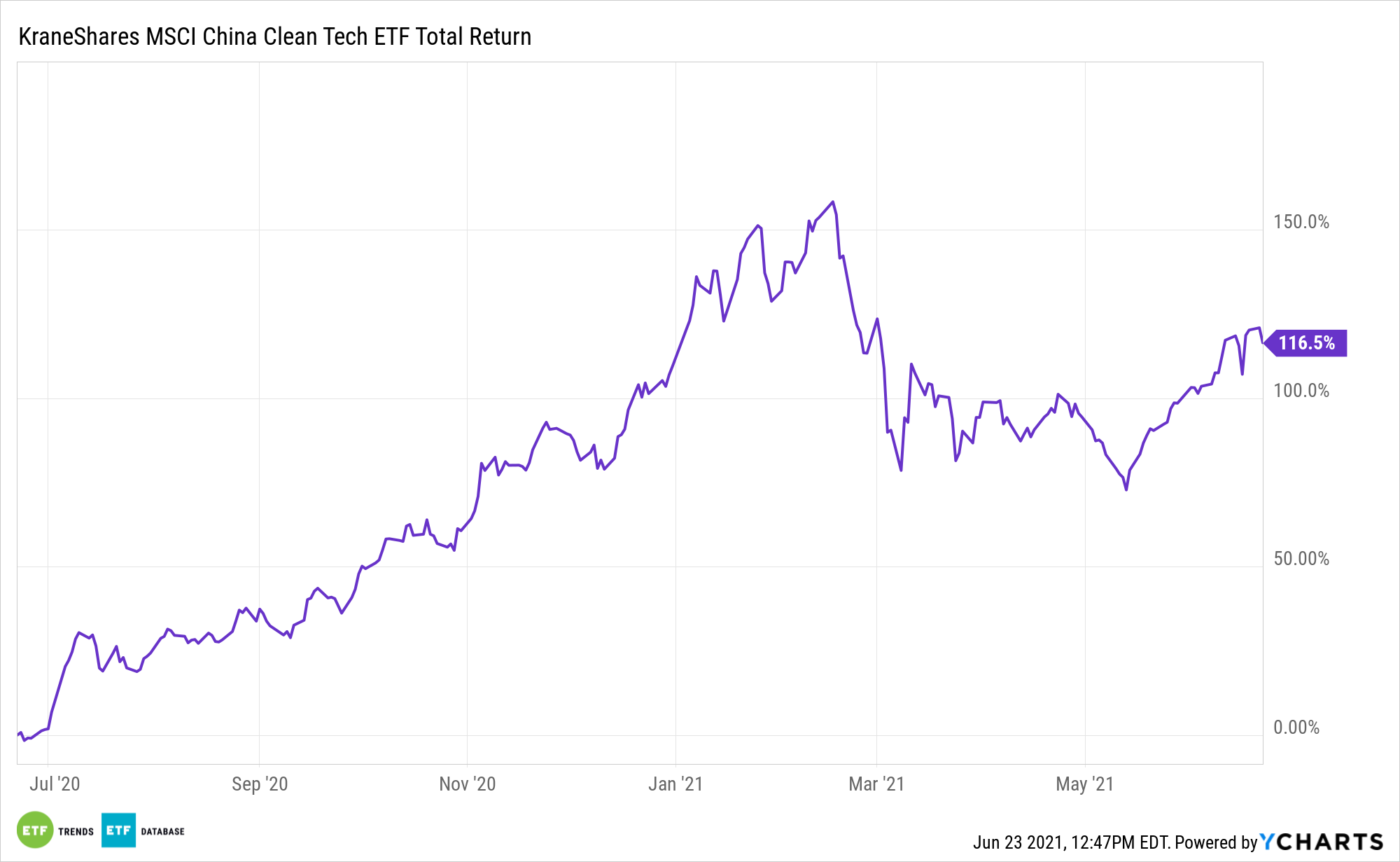