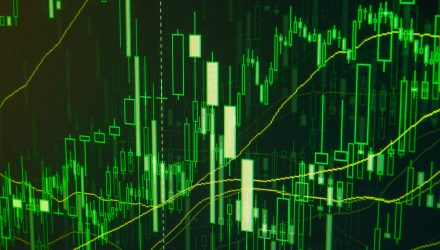 Eva Ados on Rising Food Prices, Opportunities in Tech, and Risks in Bitcoin

In her most recent interview on Yahoo! Finance, ERShares COO Eva Ados discussed the dangers of Bitcoin, the transitory nature of inflation, and interest in tech.

“We’re very concerned … when it comes to Bitcoin”

When asked about whether or not ERShares thinks that Bitcoin iss worth investing in, Ados made clear that “as an investor in entrepreneurial stocks with an ESG layer, we would never get into Bitcoin for environmental, social and governance concerns.”

Bitcoin is notorious for the steep environmental impact of its mining, she noted, as well as its use by criminals in illicit activity.

“We’re also concerned with the recent extortions that we saw, not only with a US oil pipeline but also in Ireland with their health care IT system. Horrible scenarios can happen if we have more ransomware attacks like these,” Ados cautioned.

She pointed to increasing numbers of ransomware attacks. “7,000 plus people… have been victims of loss since October. That’s 1,000% bigger than last year,” she said.

The recent rise of cryptojacking, whereby an individual’s device, such as a computer, phone, or even server, is hijacked without their knowledge and used to mine cryptocurrency at the individual’s expense is a rapidly increasing threat, according to the Malwarebytes website.

“Right now crypto mining malware is the biggest [threat]. It has replaced spyware as the most common malware out there,” added Ados.

Speaking to recent inflation data, Ados noted that “we believe [inflation is]transitory, with the economy opening up and there’s a lot of pent-up demand.”

However, Ados also pointed to concerning numbers in food prices, which have risen 2.2% as of April on a year-over-year basis.

“If you look at corn, which is an input product in many different products, that has increased by 30% year to date,” she added.

Ados went on to explain that only 10% of corn is used for direct consumption, while the rest goes into products such as cosmetics, construction, and even ethanol for fuel.

Those two factors, coupled with the increased debt of 37% creates a concern that “the Fed will at some point start tapering and tightening monetary policy, and that will push interest rates higher,” according to Ados.

Overall, speaking to the general health of the tech market, Ados said that, “we believe that we will see some volatility” in tech stocks.

But, she added that “we do not believe that tech should be affected in a negative way.”

She cited persistently high margins, which allows tech companies to eat costs associated with price increases and, sometimes, even pass along costs to customers, since some products have inelastic demand.

Despite inflation and recent drops in the technology sector, Ados clarified that the growth has never wavered.

“Some of the tech stocks are priced very attractively, and for that reason we have seen a lot of money now flowing into tech stocks again,” Ados added.