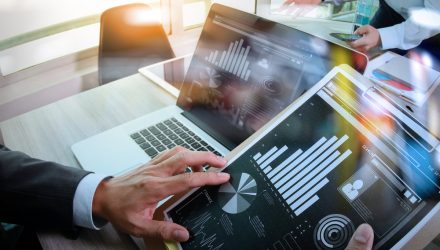 The results of fiscal policy are starting to come through the economist statistics, and they appear to be very strong. We are going to get some sort of infrastructure bill, and likely a less than anticipated tax increase. Now that we are a year past the initial Covid crisis and possibly halfway through our next market cycle, investors are having mixed perspectives and emotions. If you are waiting for the proverbial shoe to drop you might need to keep waiting. If you take anything away from this commentary, we hope it’s this: things actually look great in the economy on a macro basis. Potential market outcomes in the next 2 years could be anything from absolutely spectacular to a never-ending risk of disaster (potentially even a single liquidity crisis buried in the depths of some overleveraged family office). To the average investor, last year proved that the market and the economy are two very different things. Strength in one does not always carry through to the other, although we expect it will over the coming months. We are likely about to climb an insane wall of worry for the next few months, with a mounting list of concerns that could derail this.

Some investors have made more wealth in the past year than they could have ever imagined. Others have FOMO from not making more, and a whole lot were completely left on the sidelines, furthering socioeconomic inequality in our society. Even policies meant to help the masses ended up in the pockets of the few. Regardless, the money is in the system. We are left with a K shaped recovery for both companies and households, except the upper right portion of the K has gone parabolic.

Everything from food to real estate, lumber, oil, semiconductor chips and your Dawn dish soap is going up in price. Hopes are that this is a short-term blip that levels out a year from now, but the potential for real inflation is here. Industrial production is lagging in part due to labor shortages, and businesses are scrambling to catch up. This may ultimately lead to overly stocked inventory in the future, but we are 6-18 months away from that being a problem.

If we truly are in the midst of multiple innovation curves across many industries, we may actually begin to grow our way out of the black hole of debt we appear to be in. This is not the most likely outcome Toroso sees, but it is a potential one. Asset prices are at such high levels that many 65+ years of age may move into retirement, which would tighten the labor force and maybe cause wage inflation for younger workers.

The ratios of mean and median wealth to income by age group, shown on the right, shows how beneficial the last 12 years (and especially the last 12 months) have been to those with financial assets. The ratio of mean wealth to income grew from 8x in 1989 to 12x today for those 65+, and for those 75+ it grew from 9x to 14x. For most, the median is more relevant than the mean, and for those 54 years of age and younger, the multiple decreased from 1989 to today. The median wealth to income ratio of someone under 45 today in American is 1x or lower. The average starts at 4x (median 1x) for that group.  On average, 75+ years of age have 14x wealth to income, but the median there is just 6x, showing that inequalities in wealth exist at all ages in our country.

It is far from guaranteed, and seemingly less likely each week that we will reach herd immunity from Covid, with new strains popping up in various parts of the world. Does this cause another exodus from cities? Does it even really matter for markets and the economy? Maybe just for our collective sanity.  The amount of hidden leverage in the system is massive, creative, complex and, quite frankly, not really fully understood by any one group. Consumer Confidence & the use of leverage has soared – typically a bad time for risk assets with a less friendly Fed.

With the bad, there is also plenty of good. Retails sales increased 9.8% in March month over month.  The Federal Reserve Money Supply M2 is up 25% year over year (descending from a peak of 27%), and innovation is occurring across pretty much every industry, despite being led by just a few.

Overall, not much has changed in our approach. We successfully rotated into more reopening & value trades over the last few months to barbell our growth names, but in general, the approach remains the same. High active share is king, and within that, diversify, diversify, diversify. Bet big on high growth and value, allocate heavily to alternatives, rebalance without emotion and expect pockets of volatility. With the amount of leverage in the system today, the days of 5-15% corrections are in the past; they will be of higher magnitude in the future.

Zombie companies still exist out there, and many are being bid up in the recent rotation to Value. Much of the Russell 2000 exists without profits. Broad indexes should still be invested in with caution. One big difference between truly high growth areas and value is that 6 months of no price appreciation means two very different things. One has low single digit growth rates while the other can exist in the mid-teens. 6 months without price appreciation in Growth markets may result in a 10% decline in current fundamentals. While financials and energy have been on a tear, a continued rally in all things commodities is unlikely. Materials for chips and houses aside, with the growth in electric vehicles and alternative energy, each new peak in Oil prices is likely to be lower than the last, leaving much more downside than upside for crude. Overall, the S&P 500, led by the iShares S&P 500 ETF (IVV), returned 11.83% as of April 31st.  Large cap value is 5% ahead of large cap growth, and small cap is beating all, up 20.4% through April. Value has outperformed momentum by almost 14% this year. We recommend high active share in both Growth and Value areas.

MSCI ACWI ex US, measured by the iShares MSCI ACWI ex US ETF (ACWX), was up 6.48% through April. iShares MSCI EAFE ETF (EFA) was up just 6.62%, while the iShares MSCI EM ETF (EEM) was up just 4.56%.  International developed equities are the value play of all value plays, or a perpetual value trap lead by an unhealthy banking system hooked on the ECB. They are definitely further behind the US in its vaccination rollout. Emerging Markets as a whole, similar to Europe and the US, are full of zombie companies. Despite this, there is still massive potential in the tech / Internet of Things space that is primarily coming from the Emerging Markets and China.

As we mentioned in previous commentaries, the Federal Reserve officially became co-investors in the bond side of a 60/40 portfolio in 2020 (the equity side may come in future market disruptions a la Japan). The Fed stepped in and bought shares of iShares iBoxx $ Investment Grade Corporate Bond ETF (LQD) and iShares iBoxx $ High Yield Corporate Bond ETF (HYG), and US bond markets may never be the same again. iShares Core US Aggregate Bond ETF (AGG) is off to a terrible start, returning -2.63% for the year through April. Long-term treasuries measured by the iShares 20+ Year Treasury Bond ETF (TLT) returned -11.89%. Yields on treasuries may have topped out for the year, but we still wouldn’t get too aggressive on the lower credit side of the spectrum. What’s very interesting is the breakdown in strong negative correlation between Momentum / QQQ and treasuries that we saw last year, with inflation expectations rising. The Fed has stated that interest rates will remain low for years. We see a risk that the Fed will need to step in sooner than anticipated and raise interest rates, which is far from a major 2022 concern. Active is preferred here as well; broad indexes are highly weighted in debt, rated just above default, which will be a problem if the Fed-induced merry-go-round even shows slight signs of stalling.

It’s been a painful year for all things alternative. Gold, measured by SPDR Gold Shares ETF (GLD), was down -6.65% for the year, as were treasuries. The dollar is up just slightly on the year and commodities, measured by the Invesco DB Commodity Index Tracking ETF (DBC) is up 22.16%. We can make a case for a run in precious and industrial metal, all things tied to semiconductor chips, and potentially even see lumber at elevated levels persisting, but the oil run has likely dissipated.

A hypothetical high-active-share reconstruction of a traditional 60/40:

There truly is a lot of data pointing to a strong reopening. What will be interesting to see is whether people’s desire to increase spending on everything from services to leisure will lessen some of the retail influence the market experienced while we were all stuck at home. Everything from travel to dinners, hotel occupancy, and mortgage applications are on the rise. Invest cautiously, though it look like we are headed for record earnings on the S&P 500 in 2021.

Investors should make their own investment decisions based on their specific investment objectives and financial circumstances and are encouraged to seek professional advice before making any decisions. While Toroso Investments, LLC has gathered the information presented from sources that it believes to be reliable, Toroso cannot guarantee the accuracy or completeness of the information presented and the information presented should not be relied upon as such. Any opinions expressed in this commentary are Toroso’s current opinions and do not reflect the opinions of any affiliates. Furthermore, all opinions are current only as of the time made and are subject to change without notice. Toroso does not have any obligation to provide revised opinions in the event of changed circumstances. All investment strategies and investments involve risk of loss and nothing within this commentary should be construed as a guarantee of any specific outcome or profit. Securities discussed in this commentary and the accompanying charts, if any, were selected for presentation because they serve as relevant examples of the respective points being made throughout the commentary. Some, but not all, of the securities presented are currently or were previously held in advisory client accounts of Toroso and the securities presented do not represent all of the securities previously or currently purchased, sold or recommended to Toroso’s  advisory clients. Upon request, Toroso will furnish a list of all recommendations made by Toroso within the immediately preceding period of one year.