You are at:Home»ESG Channel»Note to Elon: Crypto Miners Are Part of the Solution to Curbing Greenhouse Gas Emissions 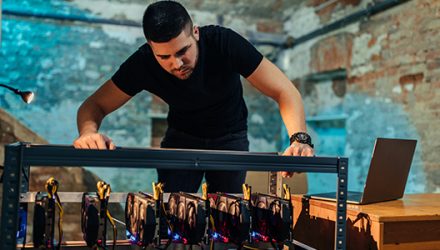 Note to Elon: Crypto Miners Are Part of the Solution to Curbing Greenhouse Gas Emissions

And just like that, Elon Musk has turned on Bitcoin.

In a tweet on Wednesday, the self-proclaimed “Technoking of Tesla” said his company—which announced in February that it bought $1.5 billion in Bitcoin—would be suspending vehicle purchases using the cryptocurrency. Musk cited crypto miners’ “increasing” use of fossil fuels, particularly coal, “which has the worst emissions of any fuel.”

The price of Bitcoin responded by dipping below $50,000, ending the day down more than 12%, its worst trading session since January.

Musk’s tweet comes a week after a new bill in New York was introduced that proposes to halt operations at all cryptocurrency mining facilities in the state for up to three years while an environmental impact study is conducted.

According to the legislation, individual crypto mining centers would be permitted to return to normal operations only if they’re found not to interfere with the state’s decarbonization goals.

I don’t question Elon Musk’s or the New York legislature’s good intentions, but I respectfully disagree with the underlying insinuation that crypto miners in particular are a threat to the climate.

Don’t get me wrong: The computer processing power needed to mine Bitcoin, Ether and other digital tokens is not insignificant. The University of Cambridge’s Bitcoin Electricity Consumption Index (CBEI) estimates that the global Bitcoin network, running at full capacity, uses about 147.8 terawatt hours (TWh) on an annualized basis, or almost as much as Sweden consumes every year.

That’s a big number, but it doesn’t take into account the percentage of Bitcoin mining that uses renewable energy. In a December 2019 report, CoinShares believed it to be 73%. Last month, ARK Invest’s Yassine Elmandjra said it was closer to 76%.

If those figures are accurate, then there really shouldn’t be any concern about crypto mining as it relates to greenhouses gas emissions. I believe New York lawmakers will find that to be the case, should the bill become law.

Square: Crypto Is Key to a Clean Energy Future

In fact, I expect the industry to convert entirely to renewable energy much more rapidly than other industries precisely because it uses so much energy. Solar and onshore wind are now cheaper than coal and even gas, so it only makes sense from a cost perspective.

Take HIVE Blockchain Technologies. We use nothing but cheap renewable energy in Sweden, Iceland and elsewhere to mine Bitcoin and Ethereum. This is one of the reasons why HIVE is among the most profitable crypto miners right now.

Crypto mining may even help accelerate the deployment of renewable energy, which should please Musk. That’s according to a special report published last month by Square and ARK Invest. The digital payments company says that, because crypto miners are “unique” energy buyers, they’re an ideal complement to wind and solar as well as better storage technology. Returns on investment could be improved, for one thing, which would incentivize the deployment of new renewable and storage projects.

I believe this model could be a win-win for not just crypto miners, which would get access to cheap energy, but also states such as New York that have aggressive decarbonization goals. Everyone’s needs would be met.

Mike Colyer, CEO of New York-based crypto services firm Foundry, agrees. Locating renewable energy projects near crypto mining operations “allows for a faster payback on those solar projects or wind projects,” he told Markets Insider in March. More renewables “can be built faster in regions where before it was not attractive because they would produce too much energy for the grid in that area.”

Despite Musk’s flip-flop, demand for cryptos continues to boom, with trading on major crypto exchanges reaching an incredible $1.7 trillion in April. Early that month, the size of all cryptocurrencies surpassed $2 trillion for the first time, more than double where it was at the beginning of the year.

Ether Demand Is Reflective of Growing Awareness of DeFi’s Potential

Ether, of course, powers the Ethereum network, which is the basis for decentralized finance (DeFi). With Ethereum, anyone with an internet connection can have access to financial services—from banking to investing to borrowing and lending—that in the past have been opaque, tightly-controlled and inequitable. When there are no overhead costs associated with running a traditional bank or insurance firm, prices can come way, way down. And since everything is built on smart contracts, human error can be eliminated.

The growing demand for Ether tells me investors are becoming more and more aware of DeFi’s potential in making financial services cheaper, faster, more reliable and more equitable. It’s also a big reason why we made the decision to mine Ether at HIVE on top of Bitcoin. Bitcoin is clearly digital gold, which I believe will remain hugely in demand, but Ether is the fuel that powers the whole system.

The Cambridge Bitcoin Electricity Consumption Index (CBECI) provides a real-time estimate of the total electricity load and consumption of the Bitcoin network. The model is based on a bottom-up approach initially developed by Marc Bevand in 2017 that takes different types of available mining hardware as the starting point. Mr. Holmes serves on the board as non-executive chairman of HIVE and held shares and options at March 31, 2021. Effective August 31, 2018, Mr. Holmes was named Interim Executive Chairman of HIVE while a search for a new CEO is undertaken.

Holdings may change daily. Holdings are reported as of the most recent quarter-end. The following securities mentioned in the article were held by one or more accounts managed by U.S. Global Investors as of (3/31/2020): Tesla Inc.