You are at:Home»Active ETF Channel»Luxury Goods Sales Projected to Recover to 2019 Levels This Year 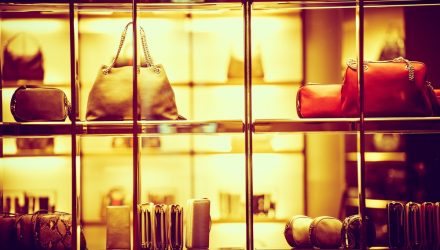 Luxury Goods Sales Projected to Recover to 2019 Levels This Year

A new report published in May says that global sales of luxury goods have a shot at fully recovering to 2019 levels this year. Consultancy firm Bain & Company believes there’s a 30% probability that the luxury market could meet or exceed $340 billion in sales of high-end items such as apparel, handbags and jewelry, which would be the most in two years.

This marks an adjustment up from Bain’s prior forecast of a full recovery by 2022 or 2023. What’s changed, the Boston-based group says, is China and the United States’ unexpectedly strong economic rebounds, thanks in large part to swift vaccine distribution.

Some may question Bain’s optimism. After all, the luxury goods market saw its biggest annual decline on record in 2020, falling 23% due to pandemic-related lockdowns and financial uncertainty.

But a recovery has already begun. The French luxury giant LVMH Moet Hennessy Louis Vuitton announced in April that it had returned to growth in the first quarter, with $16.75 billion in sales across its more than 70 brands. Fashion and leather goods in particular had an excellent start to the year, generating record revenue of $6.7 billion, or 37% higher than the same period in 2019.

Like Bain, I’m very bullish and believe that U.S. and Chinese consumers are well-positioned to maintain this momentum. Vaccines continue to be administered, though at a slightly slower pace than before, while stimulus checks helped U.S. disposable incomes jump an unheard-of 29% in March compared to the same month last year. Over $17 trillion sit in U.S. commercial banks at a time when consumer confidence has climbed to its highest level since soon before the pandemic.

Asia Projected to Contribute $10.3 Trillion in New Spending by 2030

Consumers in China have likewise shown incredible resilience. According to the National Bureau of Statistics, retail sales of consumer goods rose 17.7% in April compared to the same month in 2020, 8.8% compared to April 2019. As strong as this growth sounds, it’s a slight slowdown from February and March, when sales increased 33.8% and 34.2%, respectively, over last year.

Looking ahead, China is set to contribute an additional $6.6 trillion in global consumption between now and the end of the decade, according to Hong Kong investment bank CLSA. When combined with four other large Asian markets—India, Japan, Indonesia and South Korea—the total amount amount in new consumer spending could be as much as $10.3 trillion.

If accurate, this could be highly supportive of the luxury goods market, which already depends on a strong Asian consumer base. As CLSA analysts write, Asian members of Generation Z—those born between 1995 and 2009—represent the largest consumer base in the region through 2030 at nearly 1 billion strong. They’re more affluent and better educated than older demographic groups, and their spending habits more closely resemble those of Western consumers as incomes steadily rise.

A Way to Play the Luxury Boom

I believe an attractive way to play the recovery in luxury sales is with our Global Luxury Goods Fund (USLUX). As its ticker suggests, USLUX is truly global, with half of the fund containing companies domiciled in the U.S. The other half includes companies in Western European markets—primarily Germany, France and Switzerland—and Canada.

Why gold producers, who might ask? Jewelry manufacturers represent the second largest source of demand for physical gold following investment, putting gold miners near the front of the luxury goods supply chain.

USLUX changed its investment strategy on July 1, 2020, and since then, the fund has far outperformed its benchmark, the S&P Composite 1500 Index. USLUX was up close to 50% as of May 14 where the index was up 35%.

Expense ratios as stated in the most recent prospectus. Total annual expenses after reimbursement were 1.58%. Performance data quoted above is historical. Past performance is no guarantee of future results. Results reflect the reinvestment of dividends and other earnings. For a portion of periods, the fund had expense limitations, without which returns would have been lower. Current performance may be higher or lower than the performance data quoted. The principal value and investment return of an investment will fluctuate so that your shares, when redeemed, may be worth more or less than their original cost. Performance does not include the effect of any direct fees described in the fund’s prospectus which, if applicable, would lower your total returns. Obtain performance data current to the most recent month-end at www.usfunds.com or 1-800-US-FUNDS.

The fund changed its investment strategy on July 1, 2020. Prior to that date, the fund invested in a diversified portfolio of equity of equity-related securities of companies in the S&P Composite 1500 Index, with a focus on companies achieving high return on invested capital metrics and an emphasis on mid-capitalization companies. Different investment strategies may lead to different performance results. The fund’s performance for periods prior to July 1, 2020 reflects the invest strategy in effect prior to the date.

The Consumer Confidence Index (CCI) is a survey, administered by The Conference Board, that measures how optimistic or pessimistic consumers are regarding their expected financial situation. The S&P Composite 1500 combines three leading indices, the S&P 500, S&P MidCap 400 and S&P SmallCap 600, to cover approximately 90% of U.S. market capitalization.