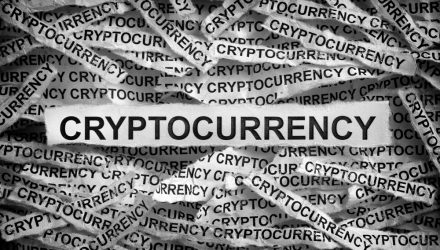 Bitcoin, Ethereum, Dogecoin, Tether, Polkadot. With so many crypto assets grabbing headlines these days, it can be hard to keep them all straight.

Here we break down the top 3 cryptocurrencies by market capitalization, as reported by CoinMarketCap, as of the time of writing.

What the Top Cryptocurrencies Have In Common

To best understand the differences between cryptocurrencies, it is easiest to start with what they have in common.

Each crypto asset is basically computer code. It works by utilizing a private key, compromised of a string of random numbers and letters, that unlocks a virtual vault with your assets in them, whether cryptocurrencies, NFTs, or anything else that the particular blockchain is configured for.

These private keys are tracked on a blockchain, which is essentially a virtual ledger that records every transaction that has ever happened: Person A gives one Bitcoin to person B, who gives it to person C, ad infinitum.

For cryptocurrencies like Bitcoin, that blockchain is used to track a digitized, decentralized payment network. Recording and verifying transactions requires the computational power of a specialized computer or computer network known as a “mining rig.”

Bitcoin (BTC) was the first cryptocurrency to debut, and it remains by far the largest and most widely traded. Its current market cap is over $1 trillion.

The concept first appeared in a white paper in 2009 by an individual (or individuals) under the pseudonym Satoshi Nakamoto.

When Bitcoin was created, a 21 million coin limit was implemented, ensuring scarcity and protecting against inflation, and for every 210,000 transactions mined, the reward for verifying new Bitcoin transactions is cut in half.

Bitcoin is one of the few cryptocurrencies accepted as payment by companies such as Paypal, Microsoft, AT&T, and Tesla, with Bitcoin being most widely accepted as an alternative form of payment. Its biggest competitor at present is Ethereum.

Ethereum (ETH) is the second most widely traded cryptocurrency, with a market capitalization of $459 billion.

The Ether token that is carried by the Ethereum network is traded similarly to Bitcoin, but that’s where the similarity ends.

Ethereum it is not solely a cryptocurrency like Bitcoin. It is also a “smart contract” platform, which hosts programs that can run using the Ethereum blockchain. These programs can in turn send transactions over the blockchain, allowing for a marketplace of decentralized apps.

As such, Ethereum has fast become synonymous with “DeFi” or decentralized finance, a digital space where the crypto economy thrives. Investors can buy, sell, and trade on the Ethereum network.

Unlike Bitcoin, Ether currently has no supply cap.

Binance Coin (BNB) was introduced in 2017 by Binance, the world’s largest crypto exchange. Binance Coin currently has a market capitalization of $101 billion.

First introduced as an Ethereum-based token, it was later moved to its own blockchain known as the Binance Chain Blockchain.

As such, Binance Coin is an incentivized method of payment within the Binance network: the crypto exchange offers a rebate for Binance Coin for signing up for membership.

The crypto asset is primarily utilized within the Binance exchange as an alternative way to pay fees incurred when trading on the exchange.

Binance Coin caps its supply at 200 million tokens. Binance plans to burn half this supply over time to combat depreciation of the token.