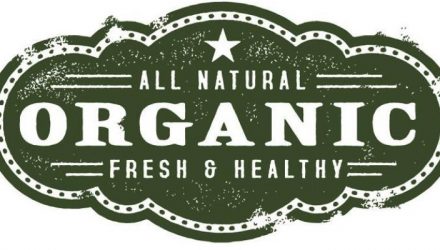 The Problem With Labels

This afternoon, a consortium of the largest 5 ETF providers, plus Fidelity, sent notes off to the exchanges asking them to enforce an ETF taxonomy they’ve created. The Wall Street Journal covered this well, and you can read a copy of the press release here.

The proposed system creates four buckets, only one of which gets to call itself an ETF. In short, they’re proposing that only 1940 Act registered funds with normal creation/redemption activity get to be “ETFs.” Further, only such funds that are “designed to deliver full unlevered positive return of the underlying index or exposure” count. Exchange Traded Notes get to be called ETNs (Yay! We already do this!)

Any vehicle targeting commodities exposure (whether it’s a Grantor Trust holding gold, a ’40 act fund using the Cayman Islands, or a limited partnership holding futures or swaps) get to be called Exchange Traded Commodities (or ETCs). Everything else, gets to be an “ETI” or Exchange Traded Instrument.

This is far from the first time this kind of proposal has been floated. I don’t think I marked my calendar, but my first conversations with folks about coming up with definitions for different kinds of products was at least 10 years ago, possibly even predating the global financial crisis. In general, these efforts melded with many attempts to create ETF industry groups that could serve as educational institutions (Like the Options Industry Council does for the options market or the American Dental Association does for Dentists).

None of those efforts have been successful, and for pretty understandable reasons. The term “ETF” has become a genericized term, like Xerox or Frisbee. Your Bloomberg terminal responds to “ETF Go.” You’re reading this at a site called “ETF Trends.” We provide data at a website called “ETF Database.” So getting anyone who’s primarily in the business of manufacturing and distributing any product that wouldn’t be in the “ETF” bucket will likely be against any system that excludes them from the definition.

If for no other reason, I genuinely applaud the efforts of the six firms involved in this proposal, because I’ve toured the sausage factory in which these discussions must have been had. The expression “Herding Cats” comes to mind, but does a disservice to Cats’ ability to lie in the sun for 18 hours a day and let the world go by. Maybe it would be more appropriate to describe the effort as “herding cats that have had 5 double espressos.”

I also applaud part of the intent here. As their letter says, they’re trying to “categorize certain exchange traded investment products (“ETPs”) in a manner that more accurately reflects their inherent complexities, risks and structural features.” That sounds noble enough on the surface.

Last, the actual task of developing a taxonomy for ETFs is blisteringly hard and fraught with bad tradeoffs. I’ve built an ETF classification system (With Matt Hougan and Elisabeth Kashner, which now lives at FactSet) in the past, and it was some of the hardest work I’ve ever been involved with. I’m not going to claim I have a better mousetrap, because I’ve tilted at this particular windmill a dozen times in as many years, and I can’t construct a perfect system either. So I acknowledge that there’s real, thoughtful work behind this effort.

So what’s not to like? Well this is just one dude’s opinion, but there are some real issues. Let’s start with the stated intent: to more accurately reflect complexities, risks and structural features. This sounds an awful lot like the Traffic-Light approach that my friend Eric Balchunas at Bloomberg implemented some time ago, which uses a scoring system to rate funds based on their complexity and risk. But it does so in a dynamic way, monitoring for creation/redemption impairment, volumes, discounts and so on. What’s proposed here is more one-and-done, and more monolithic.

It’s easy to understand the obvious base case: nearly all of the funds issued by those writing the letter will end up as ETFs, and they represent 90% of the $4 Trillion U.S. ETF market by assets. Sure, they collectively have a bunch of commodity products, but that’s not that controversial. Essentially none have any stake in the ETN market. Invesco has a handful of more obscure products that will likely get stuck in the “ETI” bucket – funds like the Invesco S&P 500 Downside Hedged ETF (PHDG). So by assets, most of the industry still gets to be ETFs.

But how, exactly? The coalition is asking exchanges to play hall pass monitor for the ETFs that list on their exchange, including looking through to the portfolio level. But absent a clear regulatory standard, this has all sorts of unintended consequences. I’m not saying these couldn’t get resolved, I’m just reacting to what’s being proposed:

I don’t want to come across as overly negative here – and let’s be real clear, nobody’s giving me a vote. I don’t run an exchange, and I don’t run an ETF issuer. I’m just a guy on the neutral sidelines, trying to help investors and advisors make sense of ETFs. So in the spirit of trying to be constructive, here are some things that this gang-of-six (plus the 3 exchanges) could do if they’re serious about moving this forward:

My actual opinion is that this is trying to rebuild the barn long after it’s burned down and the horses are running wild. You can label these products anyway you want, and investors, and more importantly media, will continue to call them ETFs. At this point it’s like trying to get everyone to stop calling Police Officers “cops” or facial tissue “Kleenex” or plastic-air packaging “Bubble Wrap.” This is really about language (since its not regulatory), and language is always – always – decided by individual speakers, not by institutions, at least until we’re truly living in Orwellian times.

I get that people are shocked when something like USO has a bad day, or when a 3X fund has to close because of the math, but I also think brokers and advisors have done a very good job at effectively identifying these more complex products, and the industry has done a great job educating investors. This industry has thrived in part because of its big-tent inclusiveness.

I just can’t get behind something that backtracks from that.