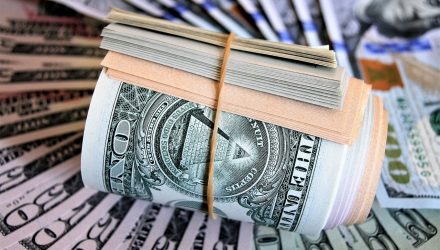 The U.S. dollar and related exchange traded funds just experienced back-to-back session gains, reflecting the ongoing strength in the greenback and adding to concerns for some.

ETF traders can gain exposure to an appreciating greenback through targeted ETF strategies. For instance, the PowerShares DB U.S. Dollar Index Bullish Fund (NYSEArca: UUP) tracks the price movement of the U.S. dollar against a basket of currencies, including the euro, Japanese yen, British pound, Canadian dollar, Swedish krona and Swiss franc. UUP increased 1.4% over the past week and was up 1.5% year-to-date.

The rebound in the U.S. dollar has run counter to the market’s expectations as many believed the U.S. dollar would depreciate amid an unexpected pickup in European growth and the shift toward a more dovish stance out of the Federal Reserve, the Wall Street Journal reports.

However, growth has slowed down in the rest of the world, making the U.S. stand out among global markets.

Meanwhile, some are groaning about the sudden strength as the rising dollar is becoming an increasingly concerning for U.S. multinationals with a large international footprint since the appreciating greenback makes exports less competitive in foreign markets.