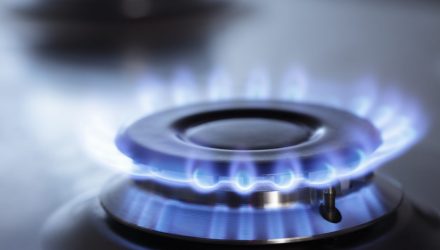 Natural gas prices and related exchange traded funds dimmed over the past month as the winter season wraps up, but lingering cold systems may help fuel demand and reignite energy prices.

The United States Natural Gas Fund (NYSEArca: UNG) gained 2.2% Monday after falling off 5.9% over the past month. Meanwhile, Nymex natural gas futures were 2.8% higher to $2.7 per million British thermal units.

Natural gas futures strengthened after weather models trended colder with weather systems forecasts to arrive in the U.S. starting this weekend, which could extended into March, Natural Gas Intelligence reported.

“While the coming cold shots into the northern and eastern United States Feb. 16-23 aren’t as extreme as recent ones, they don’t have to be with five-year average [storage]draws dropping to 104 Bcf three weeks out and much easier to exceed,” NatGasWeather said.

Early projects are that the frigid wintry conditions could persist into Weeks 3-4, according to Bespoke Weather Services. Consequently, the conditions could temporarily eat into gas-weighted degree days (GWDD), which is possible, “but the bias into the end of February is clearly colder.” The firm remains slightly bullish on the natural gas outlook.