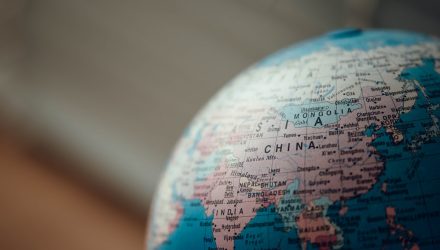 Chinese markets and related-specific exchange traded funds have been hard hit by the tiff with the U.S., and many economic indicators reveal that the fallout from the trade war has rippled through China’s economy.

China’s stock market may continue to suffer as this downturn has been particularly detrimental to Chinese consumers. Consumer spending is slowing down due to the less-certain economic outlook, the trade fight with the U.S., rising living costs and expectations of slower income growth, the Wall Street Journal reports. Furthermore, slowing sales, rising costs and trade-related uncertainties are hitting businesses’ profit margins from retailers to manufacturers.

Specifically, retail sales growth dropped to its lowest level in over 15 years in November, falling to 8.1% year-over-year, compared to a 21.2% year-over-year at the start of 2008.

Property sales were only up 1.4% year-over-year at the end of November 2018. Beijing has yet to lift restrictions on home purchases as many are worried about a housing bubble.

Auto sales were down 13.9% year-over-year as of November 2018. Auto sales experienced their worst drop in almost seven years after the fifth consecutive monthly decline and set the world’s largest auto market on pace for its first annual sales drop since 1990.