You are at:Home»Investing»ETF Providers Get Creative as They Look for the Next Big Hit 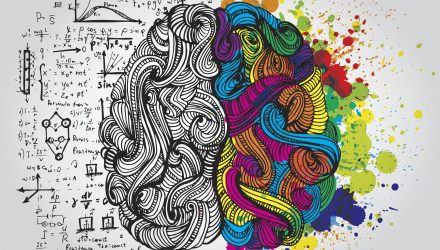 After more than two decades, the exchange traded fund industry has more or less covered all the major market themes and categories we can think of. As fund sponsors try to expand their offerings, many ETF providers are getting creative.

With most of the market saturated with traditional plain vanilla, beta index ETF offerings, large issuers are now looking into thematic products, with strategies that cover a number of niche or thinly sliced market segments, such as self-driving cars, artificial intelligence and pet car, Bloomberg reports.

According to Bloomberg Intelligence, more of these thematic ETFs were launched in 2018 than in any other year. However, as Bloomberg pointed out, some have failed to attract a strong following, with some niche strategies closing down.

Among the more neat ETF offerings that have hit the market in recent months, the SPDR Kensho Final Frontiers ETF (NYSEArca: XKFF) tries to cover companies that look to new frontiers. XKFF targets the Kensho Final Frontiers Index, which uses artificial intelligence and a quantitative weighting methodology to capture companies whose products and services are driving innovation behind the exploration of the final frontiers, which includes the areas of outer space and the deep sea.

The recently launched ProShares Pet Care ETF (PAWZ) is the first ETF of its kind to cater to a pet care industry. The ETF idea tries to capitalize on a pet care industry that is poised for even further growth as data collated from Grand View Research and other pet industry trends show that sales could reach upwards of $203 billion by the year 2025–a growth of 54% in less than 10 years.

According to regulatory filings, other money managers like Goldman Sachs are planning their own thematic funds, including those that cover the manufacturing revolution and increasingly data-driven landscape.

However, not many investors are quick on the uptake for these targeted strategies.