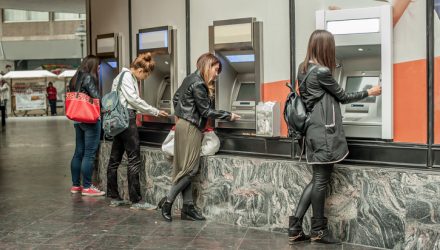 “Financials entered the year seemingly poised for outperformance: After all, the group ended 2017 on a high note, and fundamentals have been improving, thanks to higher interest rates and lower corporate taxes,” reports Teresa Rivas for Barron’s. “However, since volatility shook stocks in recent months, those stronger fundamentals haven’t protected financials, and they’ve traded roughly in line with the market.”

What Analysts Are Saying About Banks

Keefe, Bruyette & Woods’ Frederick Cannon “writes that we may have already seen most of financials’ outperformance vis-a-vis tech already, as those gains came early in the cycle,” reports Barron’s.