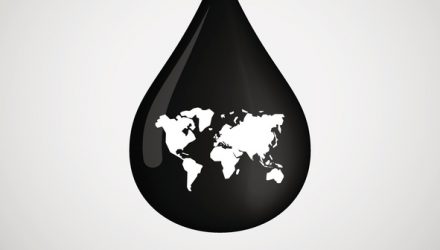 While the Organization of Petroleum Exporting Countries have been working to cut down on the global supply glut, U.S. producers have been pumping out more crude oil, potentially capping gains in oil prices and related exchange traded funds.

The United States Oil Fund (NYSEArca: USO), which tracks West Texas Intermediate crude oil futures, is up 3.2% year-to-date and gained 8.8% over the past year as WTI crude oil futures no trade at around $61.5 per barrel.

However, expanding U.S. stockpiles could depress further gains in the crude oil market. Inventories in U.S. tanks and terminals likely increased by 3 million barrels last week, potentially marking the fourth straight week of gains and the longest expansion since the first quarter of 2017, Bloomberg reports. The government will reveal official numbers Thursday.

OPEC has “taken a lot of production off the table, but it’s just being replaced by U.S. production to a large degree,” Bob Yawger, director of the futures division at Mizuho Securities USA Inc., told Bloomberg. Cartel members recently sought to reassure investors about their resolve but “the market’s not buying it.”

Faltering confidence in the global economic outlook and a stronger U.S. dollar have also weighed on commodities.