You are at:Home»Investing»Should You Invest in Cryptocurrencies? 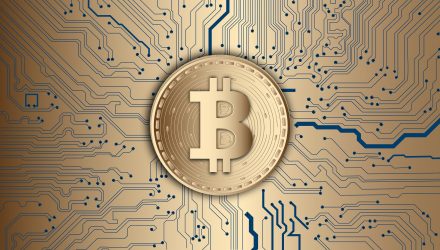 Should You Invest in Cryptocurrencies?

Editors Note: This article was republished with permission from Bigger Pockets.

Absolutely everyone is talking about bitcoin, ethereum, ripple, and any other cryptocurrency. So I thought, hey, I might as well share my zero point two Australian cents with you guys.

It’s still very early on with this technology. A lot of people have no clue what they are doing, me included. I don’t really know what I am doing, but I have invested. I have invested for the reason that I want to learn what all of this is about. Plus, I have a big intuition telling me this is the wave of the future. This is the second internet, right? So I want to be a part of it. I want to be a part of it at ground level because I want to learn.

Which Cryptocurrencies Are Best for Investment?

I have invested quite a bit of money but have not touched the likes of bitcoin. Every John and his dog is investing in bitcoin, and I’m a black sheep. I don’t want to be like everyone else. After doing a lot of research and speaking to a lot of other successful entrepreneurs and business partners, I’ve heard that bitcoin is not a technology that has been built as well as some of the others.

For example, ethereum has been built in a much better way than Bitcoin has. What’s so cool about ethereum is other cryptos can build their own blockchain or expand on ethereum’s blockchain to start their own cryptocurrency. So think of it as an app store. Other companies can go in there, build their own apps, and make money from those apps that they build. Ethereum is a really popular one right now. Another one that is really big is ripple. I’m not a big fan of ripple just because the founders of it have created huge wealth for themselves from launching this cryptocurrency, and I just don’t agree with their philosophy.