You are at:Home»Equity ETFs»An ETF Play for the Rise of U.S. Shale 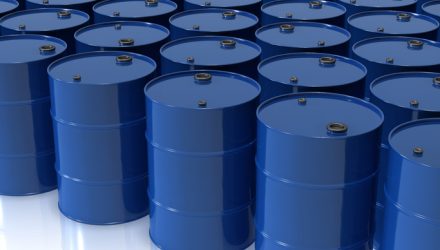 An ETF Play for the Rise of U.S. Shale

The upstart U.S. shale industry has shaken the oil markets, pumping out record amounts of crude as prices have stabilized. Investors can also capture the growth in this nascent segment of the energy market through targeted exchange traded funds.

For instance, the American Energy Independence ETF (NYSEARCA: USAI), which is comprised of both corporations and master limited partnerships or MLPs, provides exposure to midstream energy infrastructure such as oil and gas pipelines, storage assets and processing facilities that would benefit from the U.S. shale revolution.

““The Shale Revolution has finally brought American Energy Independence in sight,” Simon Lack, SL Advisors’ Managing Partner, said in a note. “The world’s most dynamic economy has used innovation, technology and grit to bring the benefits of cheaper, cleaner energy to all Americans.”

Instead of focusing on MLPs exclusively, USAI tilts towards the largest energy infrastructure companies. The ETF follows the American Energy Independence Index, which includes U.S.- and Canada-based energy infrastructure companies, along with high-yielding master limited partnerships and general partners. Since it does not focus exclusively on MLPs, USAI can sidestep some of the tax inefficiencies we may see in the MLP market.

“We saw there was a big gap in the market,” Lack said. “Structural changes have reduced the importance of MLPs, and yet many energy infrastructure funds are dedicated to that subsector. As a result, some big corporations may be overlooked. USAI is designed to address the unmet need for a broadly based, tax-efficient way to invest in the infrastructure supporting America’s growing production of oil and gas.”