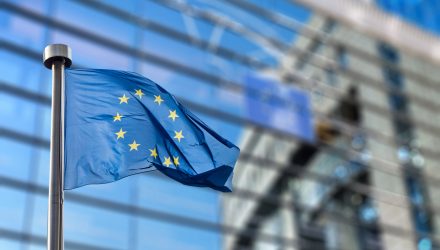 2018 Was Rough For Europe ETFs

U.S. equities and the related exchange traded funds disappointed in 2018, but the outcomes were far worse for Europe ETFs. In fact, some of Europe’s broad equity benchmarks posted their worst performances in a decade in 2018.

Vanguard FTSE Europe ETF (NYSEArca: VGK) and the iShares MSCI EMU ETF (CBOE: EZU), two of the largest US-listed ETFs, finished 2018 with losses of about 18% and 19%, respectively. The European benchmarks were set for their worst year since the 2008 financial downturn as a combination of political risk and economic concerns triggered about $70 billion in outflows from the region’s stock funds.

What’s Next For Europe ETFs

“Market focus is largely attuned to the progress on the U.S.-China trade standoff after hints emerged when President Donald Trump said he had a ‘very good call’ with Chinese President Xi Jinping on Saturday to discuss trade,” according to CNBC. “He also claimed that ‘big progress’ was being made on this front. His statements have brought optimism to stocks worldwide that have been under pressure this year.”

Some investors are growing increasingly wary of European banks as ETFs tracking financials saw net outflows in Europe and the U.S. Goldman sachs research found mutual funds were on average holding fewer bank shares than benchmark indices and even raised short positions on the sector year-over-year. However, some market observers believe opportunities remain with European stocks.