You are at:Home»Equity ETFs»Traders Brace For a Decline in Gold Miners ETF 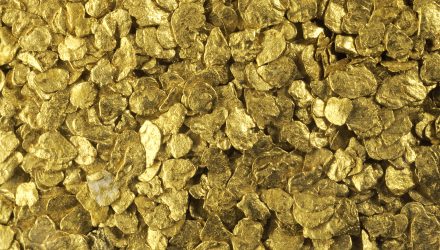 Traders Brace For a Decline in Gold Miners ETF

“Since 2006, there have been just eight surges of that magnitude in this barometer, including the one that flashed just last week. Three of the signals sounded before the March 2009 bottom, and the other four prior to last week’s occurred between September 2013 and November 2014,” notes Schaeffer’s.

While the dollar has been one of the worst-performing developed market currencies this year, which has assisted gold at various points during the year, some currency traders believe the dollar can rebound. However, there are ways for investors to prosper with the yellow metal even if the dollar rallies.

“So, while the sample size is small, if recent history repeats, GDX could see some volatility over the next six months — and possibly break out of its 2017 confinement, with the $21-$22 area emerging as support this year, and advances stopping short in the $24-$26 range,” according to Schaeffer’s.