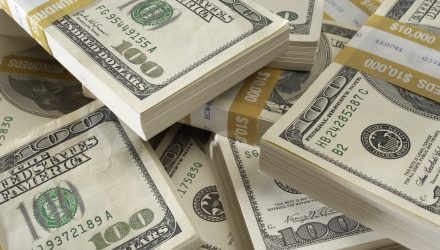 American companies could funnel as much as $400 billion back into the U.S. as they take advantage of a one-time deal to repatriate foreign earnings and cash held overseas under the new GOP tax plan, reports Ira Iosebashvili for the Wall Street Journal.

As companies repatriate their foreign reserves, the action will typically require selling foreign holdings and buying U.S. dollar-denominated assets, or increase the supply of foreign currencies while raising the demand for U.S. dollar, which would translate to a stronger U.S. dollar against its foreign counterparts.

Bank of America Merrill Lynch projects repatriations could total $200 billion and $400 billion. Subsequently, bank expects the euro could weaken to $1.10 against the USD in the first quarter from its current $1.1863.

Many also anticipate the greenback to appreciate on the back of President Donald Trump and his administration’s fiscal-stimulus and infrastructure spending pledges.

However, some currency traders are warning that this upcoming move may signal an end to the USD’s almost seven-year-long bull market, pointing to potentially tighter monetary policies out of other developed economies.