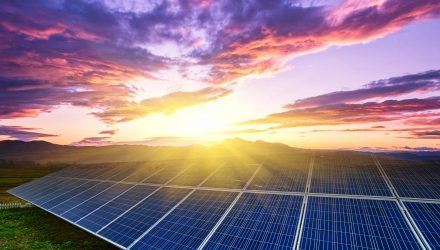 Solar exchange traded funds are luminous this year, extending their rally as investors round out 2017 on rising demand out of China and competitive low costs that are now comparable with traditional energy sources.

Three bullish factors have contributed to this year’s run up, rising demand out of the emerging markets; solar costs have fallen to the point where it competes with natural gas, coal and nuclear; and ongoing low valuation levels compared to the pricier broader markets after the ongoing rally, according to MAC Solar Index, the tracking index for TAN.

Specifically, investors witnessed a surge in Chinese solar installs in 2017 and broadening solar strength coming from India, Latin America, the Middle East, and Southeast Asia. There is also stronger demand for solar power due to the increasingly competitive price of solar compared to alternatives as countries try to meet their carbon-reduction targets under the Paris COP21 global climate agreement. Additionally, the ongoing low valuation levels indicate solar stocks are conservatively priced even after the recent rally.