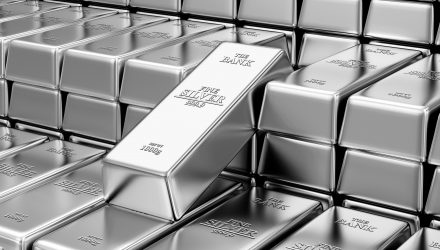 Silver Seen as a 2018 Commodities Winner

The iShares Silver Trust (NYSEArca: SLV) and ETFS Physical Silver Shares (NYSEArca: SIVR) are up about 5% year-to-date, putting the silver exchange traded funds well behind their gold counterparts. However, some commodities market observers believe silver will be a winner among precious metals in 2018.

“For the second year in a row, people -and commodity analysts such as those at TD Securities and the Bank of Montreal- are being bullish on silver. This is according to a survey conducted by precious metals retailer Kitco among the readers of its website,” reports Mining.com.

“Some 151 people, or 39% of the sample of 386 participants, chose silver as 2018’s most likely outperformer, with gold taking the second place with 27% of the votes, followed by copper with 25%, palladium with 5% and platinum with 4%,” according to Mining.com.