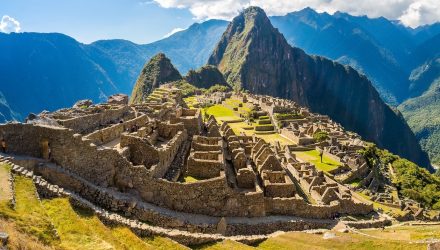 The iShares MSCI All Peru Capped ETF (NYSEArca: EPU) rose 3.1% Friday and increased 5.2% over the past week.

Kuczynski lost an impeachment vote in Congress by 19 to 78 but his opponents fell short of the required 87 votes needed to remove him from office, the Financial Times reports.

The opposition called for an impeachment vote after Kuczynski, a former Wall Street banker who worked at the World Bank and International Monetary Fund, admitted his ties to scandals surrounding Brazilian construction firm Odebrecht after the president formerly denied any links. The admission roiled markets, with EPU still down 2.4% over the past month despite recent gains.

Kuczynski argued that his Miami-based Westfield Capital had received money from Odebrecht but the transactions did not violate any laws and was not a bribe for preferential treatment. Furthermore, his company was run by a business partner at the time and the firm had provide donly consulting services to the Odebrecht.