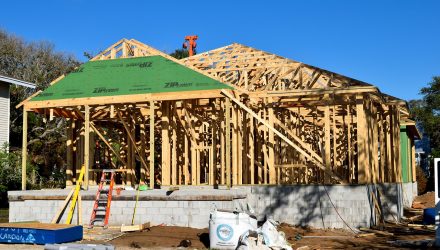 Not Much Tax Reform Impact For Homebuilder ETFs

For example, XHB is up a solid 30% while ITB is up a staggering 56% this year. The PHLX Housing Sector Index (HGX) has finally found its way back to its 2005 highs, which could prove meaningful for ITB and XHB although neither ETF tracks that index. XHB follows the S&P Homebuilders Select Industry Index while ITB tracks the Dow Jones U.S. Select Home Construction Index.

Some investors believe President Trump will follow through on campaign promises to reduce corporate taxes, cut back on regulations and throw billions of dollars into the U.S. economy. However, the expansionary rhetoric has caused the Federal Reserve to tighten its monetary policy, which could push up mortgage rates.

However, some analysts and market observers believe there will be only a muted impact on homebuilders from the tax reform effort.