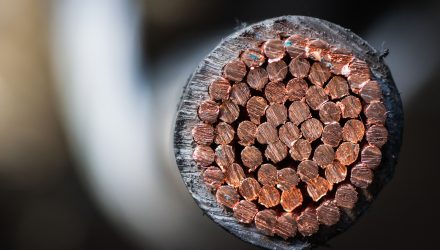 “Copper for delivery in three months rose 1.6 percent to $7,236.50 a metric ton ($3.28 a pound) on the London Metal Exchange as trade resumed after the Christmas break. The price earlier touched $7,259, the highest since January 2014. The metal has now risen for nine days, the longest streak since 2004, and has gained 31 percent this year, the most among LME metals after aluminum,” according to Bloomberg.

Investors have pulled nearly $9 million from JJC in the fourth quarter and the copper ETN is lighter by $7.1 million this year.