You are at:Home»Alternative ETFs»Copper ETFs Strengthen After China Cuts Production 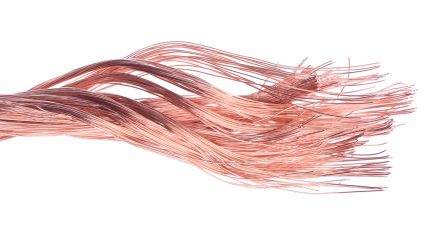 Copper ETFs are rallying, with copper prices hitting their highest in almost four years, after China halted activities at its top producer in a bid to diminish winter pollution.

Copper for delivery in three months rose $7,236.50 a metric ton or $3.28 per pound on the London Metal Exchange as trade resumed after the Christmas hiatus. Earlier pricing touched $7,259, its highest since January 2014. The metal has now rallied for nine days, the longest streak since 2004, and increased 31 percent this year, the most among LME metals after aluminum.

Copper prices and related ETPs have all rallied this year, especially since the lows earlier this month. Year-to-date, JJC rose 29.7%, CPER increased 27.8% and COPX advanced 34.0%.

Fueling the recent gains, Jiangxi Copper Co. was ordered to cut production for at least a week before a new assessment is made on local pollution levels, Bloomberg reports. This follows Tongling Nonferrous Metals Group’s instructions to make similar cuts earlier this month.