You are at:Home»Alternative ETFs»Commodity ETFs End Year with Longest Rally on Record 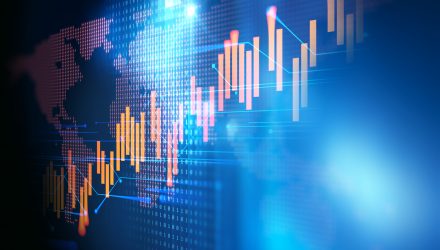 Crude oil prices are back above $60 per barrel, with West Texas Intermediate near its highest level in over two years, as falling U.S. inventories and a pipeline explosion in Libya bolstered the energy markets. Meanwhile, rising global demand and diminished output from the Organization of Petroleum Exporting Countries and allies also helped support higher pricing.

“The key driver for the oil market this year has been that the OPEC and Russian production cuts were introduced, complied with and extended,” Ric Spooner, a Sydney-based analyst at CMC Markets, told Bloomberg.

In the metals space, copper is enjoying its best run in almost three decades on supply concerns out of China, stronger demand from a growing global economy and a weaker U.S. dollar.

Gold is also set for a second year of gains and could see prices rise even further as Chinese buyers typically fueled increased demand in the January month. Furthermore, Indian demand could also rise in 2018 after falling to a seven year low in 2016 and continued weak demand this year.