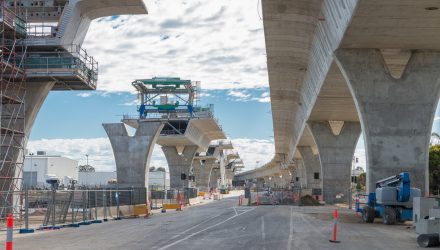 “However, after a few months of choppy, sideways price action, IGF last week broke lower. The stock on Thursday gapped below its 126-day moving average (a trendline that roughly corresponds with half a year’s worth of trading days), which had previously cushioned the fund’s drawdowns in late October and late November. Additionally, IGF gave up the $45 level in the process, after this area previously marked a floor through the bulk of the second half of 2017,” according to Schaeffer’s Investment Research.