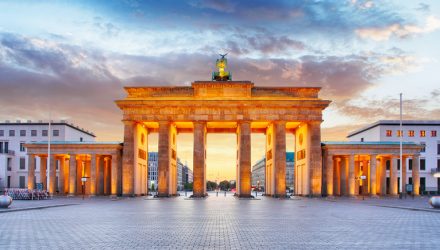 “We believe the outcome of the German election will have limited impact on financial markets but see it slowing momentum behind efforts to strengthen the eurozone,” according to BlackRock strategists. “The election result also showed euroskeptic sentiments still run high in the bloc, as evidenced by the larger-than-expected 13% share for the right-wing Alternative for Germany party.”

Nevertheless, the Eurozone economy continues to improve, and investors are increasingly looking to the relative cheap market as a potential source of greater returns.

“We prefer European equities over eurozone government bonds and credit amid a sustained, above-trend economic expansion and a steady earnings outlook,” according to BlackRock. “Companies with much of their cost base overseas should have some cover against a strong euro in the short term, we believe.”

To gain exposure to Germany’s market, investors can take a look a single country-specific ETFs, such as the iShares MSCI Germany ETF (NYSEArca: EWG), the largest exchange traded fund tracking German equities listed in the U.S.