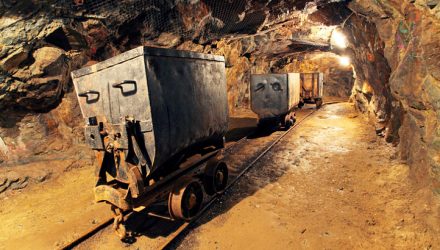 When Gold Miners ETFs Could Rebound

For example, GDX posted a weekly gain of just over 6% while GDXJ jumped 8%. GDXJ’s surge last week helped bring the ETF back to positive territory on a year-to-date basis.

As ETF Trends noted last month, GDXJ’s underlying index is undergoing some significant changes after the ETF became one of the largest shareholders in several of it holdings.

“The mining sector saw its fundamentals hit rock bottom in 2014-2015 and became “bombed out” at the end of 2015. However, while parts of the industry have performed well, as a whole it has been unable to push higher after a torrid recovery in early 2016. A big reason is the outlook for metals prices suggests lower prices before any large advance. Until metals prices are ready to rise, the miners may find themselves in a bearish bull,” reports ETF Daily News.