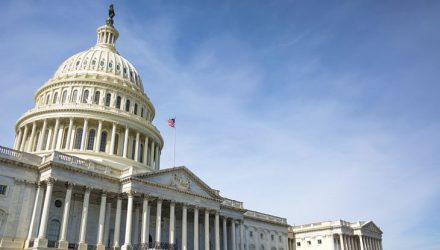 Slow economic growth has plagued the West. Although the concern has been acute since the Great Financial Crisis (GFC), worries about slowing growth predated that event. Perhaps the most important factor contributing to sluggish growth has been tepid productivity growth. 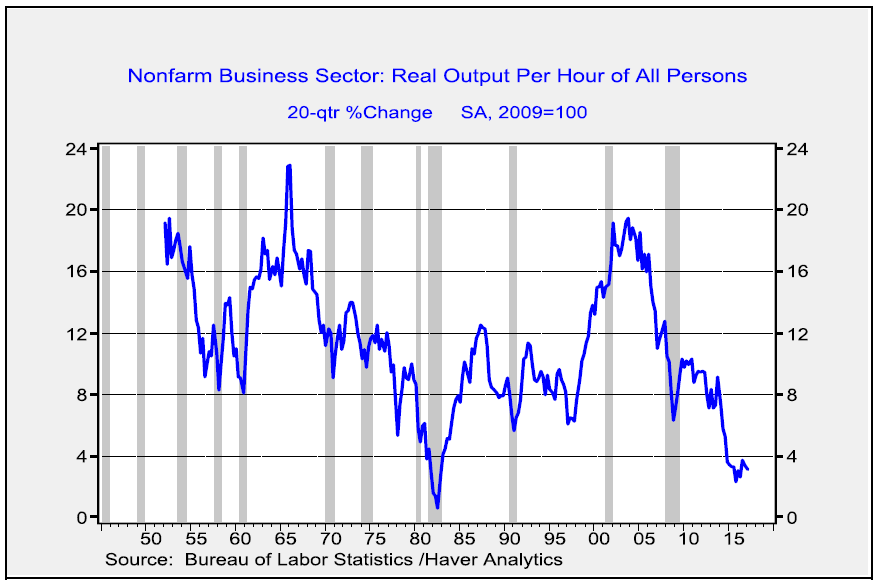 Economic theory holds that production comes from the combination of land, labor, capital and entrepreneurship. Most models focus on capital and labor. The Cobb-Douglas production function1 is a canonical expression of how economists think about forecasting output.

Productivity is something of the holy grail of economics. Theories of what boosts productivity abound; deregulation and competition are thought to increase it, supporting entrepreneurship with low taxes could be a factor, education and immigration could support increases and, of course, technological progress is a necessary ingredient. However, no economist has yet been able to definitively say what causes productivity to universally rise under all conditions.

From the mid-1970s into the GFC, the relationship between corporate profits and the five-year growth rate of productivity was fairly consistent. 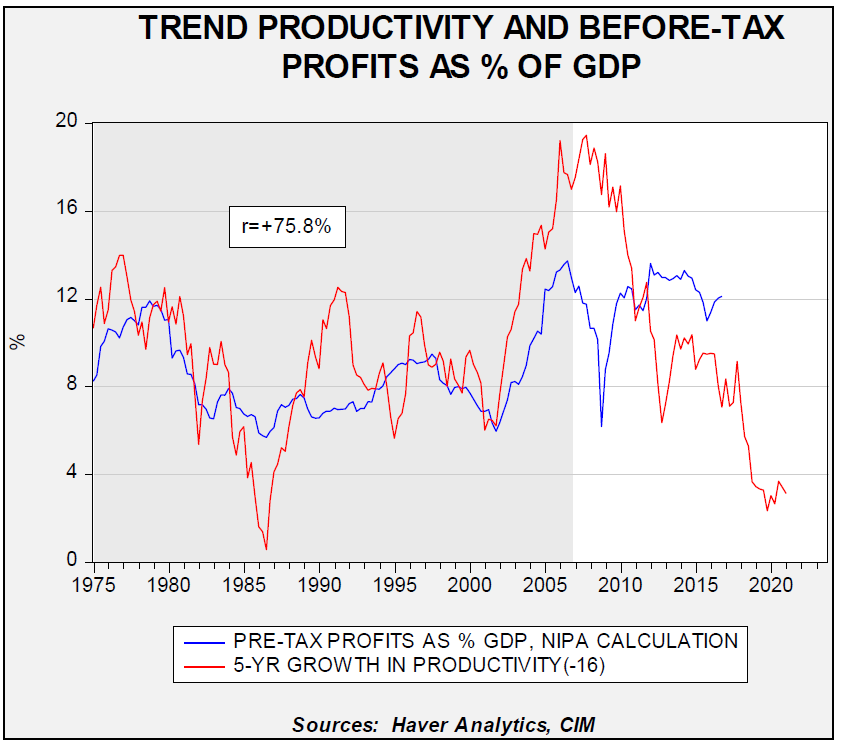 This chart shows pre-tax corporate profits, on a national income product accounts basis, as a percentage of GDP along with the five-year growth rate of productivity.