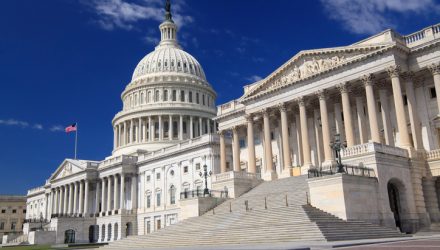 U.S. equities and stock exchange traded funds are experiencing one of their worst days in months on speculation that former FBI Chief James Comey hinted that President Donald Trump tried to intervene with a federal investigation, triggering a round of political risk-induced selling.

A new report revealed that Trump asked then-FBI Director James Comey to end a probe into the former national security advisor, raising questions over whether the President tried to tamper with a federal investigation, reports Caroline Valetkevitch for Reuters.

The three major indices reacted by declining over 1%, with the S&P 500 briefly on track for its worst day since September.

The new revelation comes on the back of a rocky week in Washington as Trump abruptly fired Comey and reportedly disclosed classified information to Russia’s foreign minister about a planned Islamic State operation.

“I think the biggest issue right now is what does this mean for the plan that we thought we were on,” Jeremy Bryan portfolio manager at Gradient Investments, told Reuters. “Is it delayed or is it dead?”