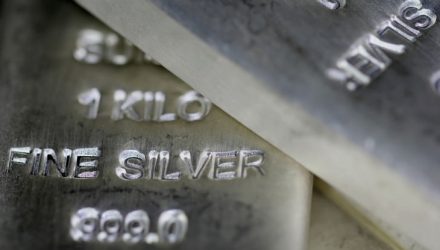 SLV is at risk of notching an eighth straight month of outflows. Moreover, the ETF’s year-to-date gain has dwindled to the point that with just one or two more bad days for silver futures, SLV will turn negative this year.

“Precious metals continue to weaken, especially the price of silver which has declined ten consecutive days not counting today, and while consecutive days alone isn’t a reason to become bullish, a drop of roughly 8% in a relatively short period of time does suggest the metal is oversold. Conditions are ripening towards a relief bounce at the least, but we need more than a large drop and a streak to justify looking for a bounce,” reports DailyFX.