You are at:Home»Featured»SALT Conference Looks Past U.S. Markets to International Opportunities 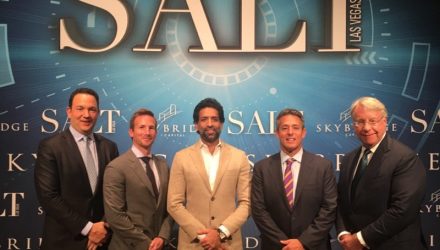 Many warned that U.S. political risk is still a major threat that could upend gains, which is also one of the reasons why investors should consider diversifying with overseas assets.

Some panelists also looked to the growing importance of passive investments, especially given the increased scrutiny over active manager fees and their poor performance records in recent years.

Exchange traded funds, which are perceived to be cheaper and in some cases better performing, have gained traction on the misfortunes of active funds, attracting record inflows and continuing to gain on the heels of the more established traditional open-end fund industry.