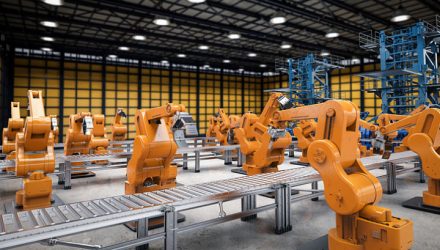 Is automation, not immigration, the true enemy of the American middle class?

The 2016 election was among the more contentious political contests in recent memory. A key flashpoint was the impact of illegal immigration and its impact on the American worker, as touted by the Trump campaign.  However, with less than 1% annual growth in the US population (with about half of that from US births and half from legal immigration) should population influx really be where attention needs to be focused? 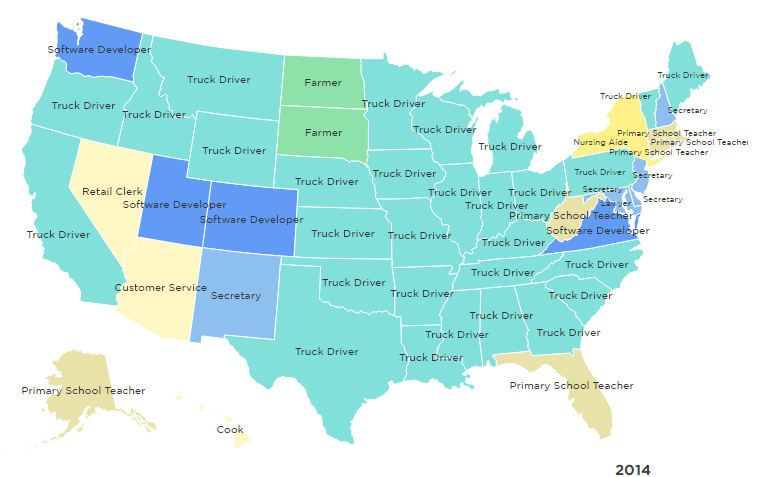 Otto is a San Francisco based self-driving truck company that Uber purchased in August 2016 for $680 million.  On October 19th 2016 an autonomous truck operated by Otto delivered 51,744 cans of Budweiser beer from Fort Collins to Colorado Springs, a distance of 120 miles, with no driver at the wheel, though one was in the cab.  This can only be an ominous sign for America’s most common middle class job.

Following this accomplishment, Daniel Murray, vice president of research at the American Transportation Research Institute stated, “I moved my personal time line from 15-to-20 years up to five,” in terms of his expectation for how soon self-driving trucks will be in commercial use.  Although a ‘truck driver’ may need to be in the cab, it’s highly likely that the wages paid for this job will plummet, given that they will effectively be reduced to the role of ‘truck monitor’.

While the impact of automation appears poised to grow exponentially, it may have already made an indelible impact.  Bloomberg’s recent “More Robots, Fewer Jobs” article draws upon a March 2017 study by economists Daron Acemoglu of MIT and Pascual Restrepo of Boston University detailing the significant impact of robotics on workers.  Per the map below, between 1990 and 2007, upper portions of the rust belt, particularly Michigan and Ohio, saw sizable growth in robots per thousand workers. 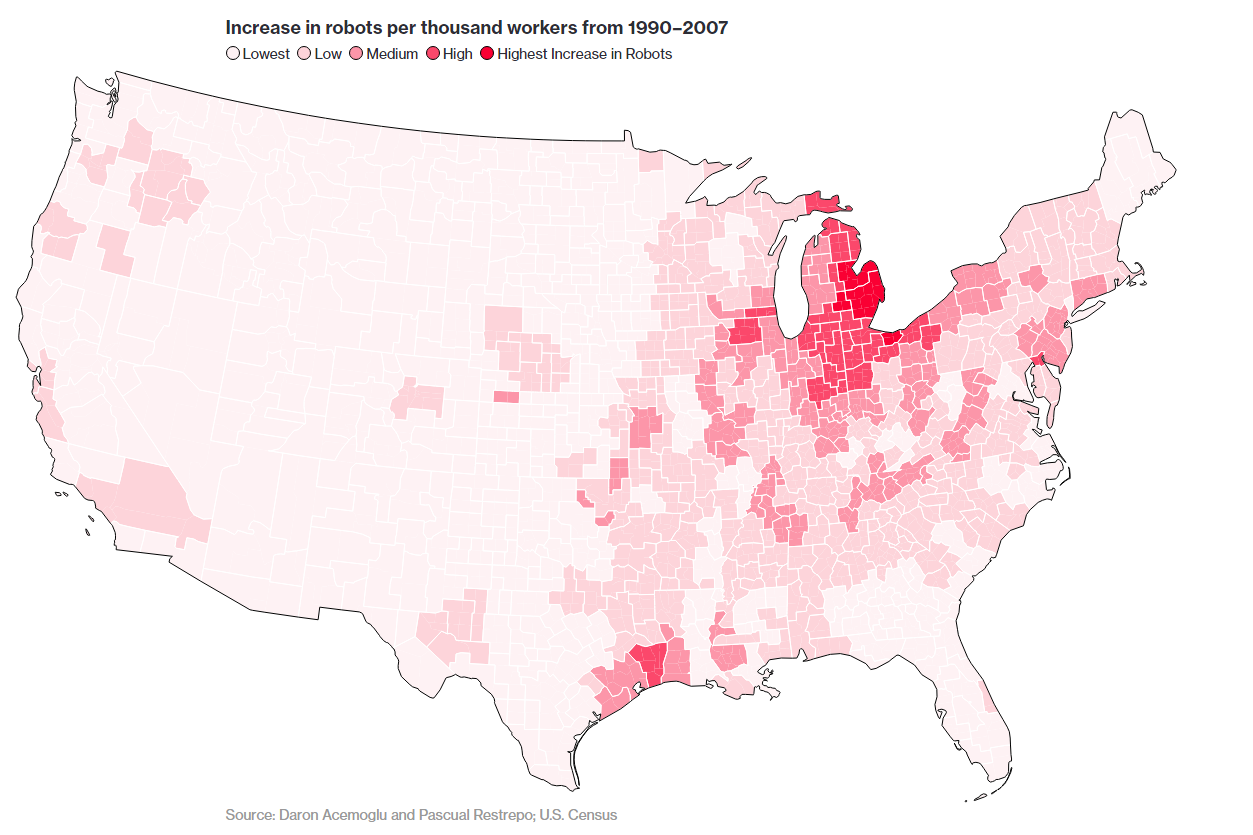