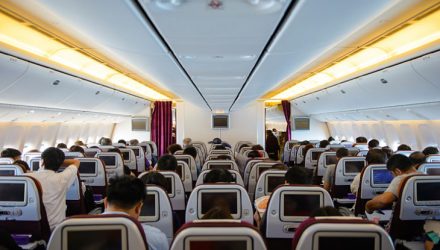 For all the controversy surrounding United Continental (NYSE: UAL) and the lethargic performances delivered by other big-name airlines to this year, the U.S. Global Jets ETF (NYSEArca: JETS), the only dedicated airline industry-related ETF on the market, is still up nearly 6% year-to-date.

Speaking at the 2017 Sohn Conference, Brad Gerstner, Founder and CEO of Altimeter Capital, noted “how much more profitable airlines are today relative to where they were before the financial crisis. The reason: Consolidation. Airlines now have pricing power, something that they haven’t had for much of their existence, Gerstner says. As a result, they could close half the valuation gap with other industrials,” reports Ben Levisohn for Barron’s.

There are encouraging fundamental factors for airlines, including low oil prices. Fuel is the largest input cost for airlines. The improving U.S. economy could encourage more business and leisure travel and airlines are generating impressive amounts of cash.