You are at:Home»Equity ETFs»Oil ETFs Drastically Drubbed So Far in 2017 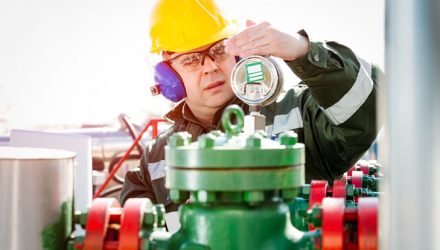 The energy sector could be near a bottom, “but we’re going to see this very choppy trading maybe over the coming months, the coming quarter, even the coming years. And I think in the process, the energy sector is going to underperform versus a rising S&P 500, and that equities as a whole will do better than the energy sector,” said Ari Wald, Oppenheimer head of technical analysis, in a CNBC interview.

“The bigger problem for oil is in the United States, however, where oil production has boomed. U.S. shale production is set to rise for the sixth straight month in June, sending production to its highest level since May 2015, according to a recent Energy Information Administration report,” according to CNBC.