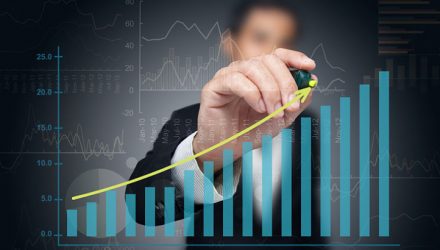 NOBL: A Dividend ETF Targeting the Cream of the Crop

Income investors searching for for quality stock market exposure and sustainable dividends have plenty of options in the world of exchange traded funds. One of the most appealing is the ProShares S&P 500 Aristocrats ETF (BATS: NOBL).

NOBL, which tracks the S&P 500 Dividend Aristocrats Index, targets the cream of the crop, only selecting components that have increased their dividends for at least 25 consecutive years. Consequently, investors are left with a portfolio of high-quality, sustainable dividend payers as opposed to more high-yield focused funds that may contain companies on more precarious financial positions.

Dividend-paying stocks typically outperform those that do not pay over the long haul, with less volatility, due to the compounding effect of dividends on the investment’s overall return. Over the past 40 years, companies that boost payouts have proven to be less volatile than their counterparts that cut, suspended or did not initiate or raise dividends.

NOBL “attempts to track the performance of the S&P 500 Dividend Aristocrats Index. The Index has outperformed the S&P 500 because of its lower volatility since inception, but that’s not the case for the fund which hasn’t been around for as long. The actual index was around for the 2008/2009 market drawdown, so it was able to implement its more defensive strategy over the S&P 500. NOBL should also perform better if we see some market volatility that brings prices down to a reasonable level – instead of the insane valuation they are at now,” according to a Seeking Alpha analysis of NOBL.