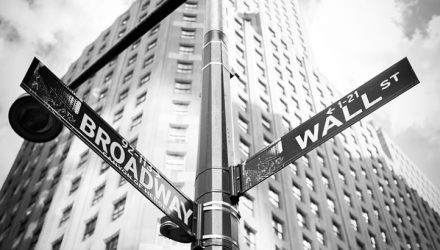 Investors Getting Cautious on Small-Cap ETFs

The iShares Core S&P Small-Cap ETF (NYSEArca: IJR) and the iShares Russell 2000 ETF (NYSEArca: IWM) along with other small-cap exchange traded funds started 2017 in lethargic fashion, but many small-cap ETFs were seen hitting record highs in recent sessions, fueling concern that smaller stocks are getting ahead of themselves.

“Neither large nor small cap U.S. stocks are cheap, but small caps look particularly pricey. The Russell 2000 was already expensive last December; at nearly 48x trailing earnings it is even more so today,” said BlackRock.

Other analysts concur with the thesis that small-caps are expensive.

“On forward P/E, small caps and mid-caps currently trade at the 98th percentile of their historical valuation range (since 1979) vs. the 87th percentile for large caps. Given that small caps now trade at Tech Bubble-like valuations, in our view it does not bode well for future long-term returns,” said Bank of America/Merrill Lynch in a note out last Friday.

Small-caps are also focused on the domestic economy and have less direct exposure to global geopolitical uncertainty and currency risks, as opposed to large-cap companies that have an international footprint, which may be affected by overseas risks and a strengthening U.S. dollar. That made small-caps and the corresponding ETFs one of the ultimate “Trump trades,” immediately following Election Day, but politics move more slowly than markets would like, which has weighed on ETFs like IWM and IJR.