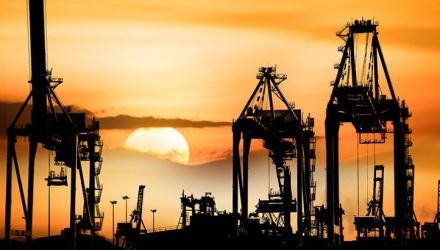 The Industrial Select Sector SPDR (NYSEArca: XLI) is up 8% year-to-date, reaffirming its status as a “Trump trade” and that cyclical sectors remain in style.

Although the aerospace and defense industry is perceived as being beholden to Uncle Sam’s whims, the allure of late-cycle sectors, including industrials, in a rising rate environment remains in place. Industrials perform well when interest rates rise because rising rates can go hand-in-hand with economic growth. Increased infrastructure spending is also seen as a catalyst for industrial stocks and ETFs.

“Industrial stocks provide opportunities for several styles of investors. They also provide a few bombs that might entice others to buy stocks that are still in serious decline. As for a macro comment on the market and the economy, the signals are a bit mixed. But with more stocks rising than falling, they do lean toward the positive side,” reports Michael Kahn for Barron’s.