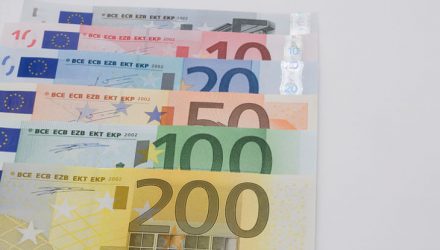 How to Gain Broad Europe Investing Exposure for a Low Fee

France, the Eurozone’s second-largest economy, completed its presidential election on Sunday with liberal candidate Emmanuel Macron emerging victorious, but there are more European elections coming and that could impact a variety of exchange traded funds.

The Vanguard FTSE Europe ETF (NYSEArca: VGK) is the largest dedicated Europe ETF trading in the U.S. Investors should note VGK is not a dedicated Eurozone ETF as highlighted by its hefty weights to the U.K., Switzerland and some Nordic countries.

VGK “well-diversified portfolio includes over 1,100 stocks listed in 15 developed European countries, covering 98% of the investable market. It currently only parks 16% of its assets in its top 10 holdings. Market-cap weighting tilts the portfolio toward the largest companies in Europe, such as Nestle, BP, and HSBC, while keeping turnover low. Many of these companies have global operations, which makes their listing country less significant,” said Morningstar in a recent note.

Like other developed markets, many European markets, both in and out of the Eurozone, are home to major equity benchmarks with higher dividend yields than the S&P 500. The yield disparity between European stocks and bonds has been widening as recent global uncertainty pushed investors out of the equities market and into safe-haven fixed-income assets.