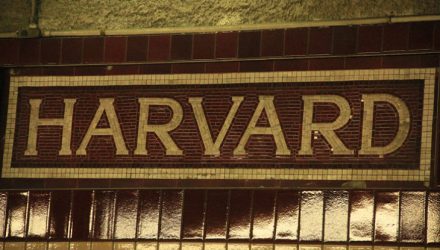 The iShares iBoxx $ High Yield Corporate Bond ETF (NYSEArca: HYG) is not only the largest high-yield bond exchange traded fund trading in the U.S., it is one of the biggest bond ETFs of any variety. That says HYG has a solid following among institutional investors.

“Harvard Management Co. disclosed in a filing that it held 9.6 million shares of iShares iBoxx High Yield Corporate Bond ETF valued at $841 million in the first quarter. The ETF gained 1.9 percent for the three months,” reports Michael McDonald for Bloomberg.

HYG celebrated its tenth anniversary last month. In its decade-long existence, HYG has showed a solid history of outperformance, returning a 5.6% average annualized return over the period. In contrast, the benchmark Bloomberg Barclays US Aggregate Bond Index showed an average annualized return of 4.3% over the past 10 years. Over the past year, HYG also increased 13.3%, compared to the Agg’s 0.4% gain. That data pertained to HYG’s tenth anniversary date, which was early April.