You are at:Home»Equity ETFs»Gold Miners ETFs Can Bounce Back After Slump 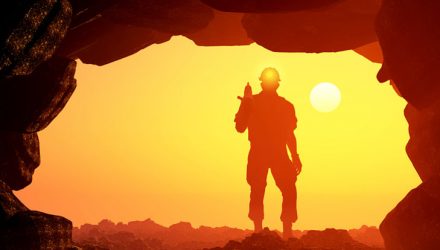 Gold Miners ETFs Can Bounce Back After Slump

A contrarian point of view indicates this could be the time to look at GDX and GDXJ when the ETFs are out of favor with some market participants. That is encouraging after the recent weakness experienced by gold mining stocks, but investors should remember this can be a volatile industry and some market observers believe gold miners will remain volatile for the foreseeable future.

“The long-term trend since the highs in 2011 is down (lower highs and lower lows). The 15-month trend appears to be higher, as GDX has created a series of higher lows, since early 2016,” reports ETF Daily News. “GDX is testing 1-year rising support, which could be support of a bullish ascending triangle pattern. Two thirds of the time, this pattern suggest higher prices.”