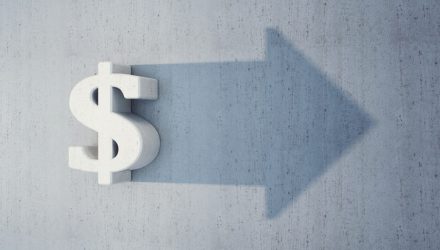 The pace of inflows into ETFs does not seem to be letting up either. Sanford Bernstein, a research house owned by the asset manager AllianceBernstein, recently estimated that by January 2018, more than 50% of equity assets under management in the US will be passively managed, which will largely benefit the majority of the ETF industry as most popular options are passive index-based options.

The ongoing asset flow trend toward passive index-based funds comes despite a recent outperformance in actively managed strategies in the extended bull market. About 63% of so-called large-cap fund managers that invest in blue-chip U.S. companies in the S&P 500 managed to outperform their benchmarks in April, the best beat since February 2015 and the 25th best month of performance in the past 26 years.

“We are entering a period where things aligning nicely for active managers,” Brian Hogan, president of Fidelity’s equity group, told the FT in a recent interview. “We had a terrific first quarter. There’s more dispersion, less correlation … It’s just a great backdrop for active management.”