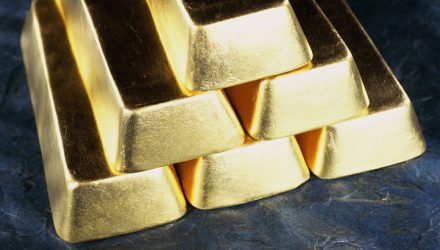 Get Ready: It’s Time for Gold ETFs to Shine

For example, GLD, the world’s largest gold-backed ETF, is up more than 3% over the past week. Helping gold’s ascent is that the dollar remains lethargic, perhaps a sign investors currently prefer gold over the U.S. currency as a safe-haven investment.

Additionally, speculation intensified earlier this week that with U.S. economic growth still slow, the Federal Reserve may not be able to engage in further interest rate hikes this year. In fact, many bond market observers now see dwindling chances of a June rate hike.

“Central banks showed a diminished appetite for gold purchases; China’s purchasing program was on pause during the quarter as its foreign exchange reserves remained under pressure. Sales, once again, were sparse,” notes the World Gold Council. “Although inflows were just one-third of the extraordinary levels seen in Q1 2016, demand was firm. European-listed products were the most popular, due to continued political uncertainty in the region.”