You are at:Home»Currency-Hedged»Germany ETFs Keep the Good Times Going 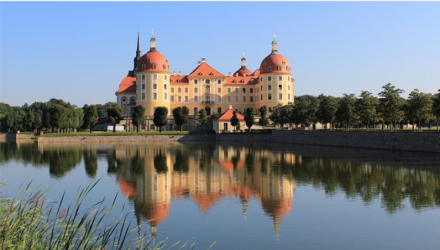 “A furious 4-month, 20% rally had brought the index precisely to the level of its 2015 all-time highs just south of 12.400. How would the index react? As we noted in that prior post, “a reasonable reaction would be for the DAX to pause or consolidate its recent gains for some time prior to attempting a breakout to new highs.” This “speed bump” scenario is exactly what has unfolded in the DAX, at least for a few weeks,” reports ETF Daily News.

Improving economic conditions and strengthening company earnings in Europe are signals that diversified exchange traded fund investors should keep in mind when looking for areas of potential growth after a multi-year run in U.S. markets leaves less opportunities at home. Germany ETFs are likely to be responsive to the results of the May 7th election in France that will determine that country’s next president.

“So is it past the speed bump and on to the Autobahn for German stocks? In theory, it should be, at least in the intermediate-term. In the immediate-term, the new high was not decisive enough to say definitively that the former all-time highs were taken out. Therefore, we could still see some more brief backing and filling before the DAX takes off. Like much of Europe, though, a new up-leg in the DAX does appear to be a good bet,” according to ETF Daily News.