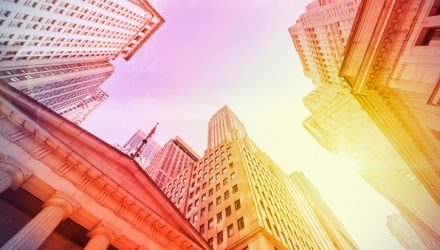 Financials, Oil Keep U.S. Stock ETFs from a Strong Close to May

U.S. equities and stock exchange traded funds were on track to end a record-setting month on a weak note as financial stocks dragged on major indices.

“There is a choppy sideways market due to the fact that fundamentals are largely unchanged and expectations of market friendly policies in the U.S. are being pushed to 2018,” Stephen Wood, chief market strategist, North America, Russell Investments, told Reuters.

Financials previously outperformed the broader market on bets of fiscal stimulus and banking deregulation under the Trump administration, but the sector has weakened in recent weeks on a diminished outlook in President Donald Trump’s ability to push through his initiatives as politics mire his agenda.