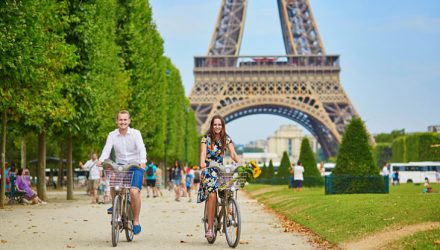 “We expect the focus to shift to French legislative elections in June. These will be crucial for determining Macron’s ability to implement his economic program, which includes labor market reforms that would make it easier for French businesses to hire and fire,” said BlackRock in a recent note. “We see scope for a mild risk-on reaction to the result, which looks mostly priced in after Macron clocked a first-round victory and polls consistently showed him ahead by a large margin.”

Germany and France are the Eurozone’s two largest economies and as such are usually the two largest country weights in diversified Europe ETFs such as EZU and FEZ. Importantly, Germany holds national elections later this year, meaning that simply because the French election is over, investors can not ignore politics and the potential impact on European stocks.

The European Central Bank (ECB) has been an issue for investors, but the ECB recently noted it will not taper its quantitative easing program, at least not in the near-term. Market observers argued that the ECB could even extend its bond purchasing program to further support inflation. The ECB has already spent over a trillion euros buying government bonds, cut its benchmark rate to zero and adopted a negative deposit rate.

“We are positive on European shares and see potential for renewed investor inflows as focus returns to the region’s improving growth. European purchasing managers’ indexes point to the strongest economic activity in six years. Europe stands to benefit from global reflation, and we see attractive valuations in cyclical shares,” adds BlackRock.