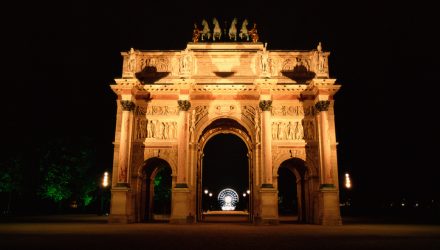 Centrist and pro-EU Emmanuel Macron’s French presidential election win has helped bolster the euro currency, but some are wary that the initial euphoria could quickly fade. Consequently, as more start to look at Europe-related exchange traded funds, investors should consider the implications of a potential weakening euro currency.

“WisdomTree believes Macron’s star will soon begin to fade and headwinds will commence; investors need to ask themselves if they want to deal with the euro headache right now,” according to a WisdomTree note.

Weighing on the post-election glow, WisdomTree argued that Macron will find that upending the status quo requires a bold legislature, which may pose a problem for the recently strengthening euro currencies.

“Macron-induced economic revitalization may prove fleeting because it relies on a conciliatory Coalition of the Unwilling: The National Assembly, France’s parliament,” Jeff Weniger, Asset Allocation Strategist for WisdomTree, said in a note. “Macron is about to meet the conflict of his life as he marches headfirst into confrontation with the opposition.”

Euro traders have hopped on the theme of nascent French dynamism spurred by Macron’s tax cuts and government streamlining, but this is all based on the new French president’s proposals passing parliament’s Coalition of the Unwilling.