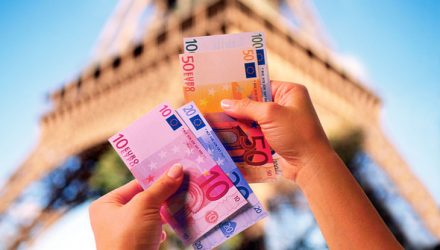 European assets, including the euro, rallied in anticipation of the French presidential election. Markets got the desired result, prompting some currency traders to speculate that the euro and the CurrencyShares Euro Currency Trust (NYSEArca: FXE) could be due to retreat.

However, FXE is up almost 2% over just the past week, underscoring the point that the euro is one of this year’s best-performing developed market currencies. FXE resides more than 3% above its 50-day moving average and more than 2% above its 200-day line. Additionally, the euro ETF is just 3% below its 52-week high.

“The low for the currency in March 2017 was – just south of 1.05. And the interesting thing is that, during the 2 years of the Euro going nowhere, the Commercial Hedgers have unwound their entire record net long position of 274,000 contracts. That is like burning through an entire tank of gas while driving your car on cement blocks,” according to ETF Daily News.